Hello blog & lovely blog readers!  I have missed you!  It’s sure been a long time.  I’ll admit, I have bouts where I’m much better at frequent blogging than others, but you haven’t seen hide nor hair of me in over two months!  My sincere apologies.  I do have a good excuse for my abrupt and extremely lengthy absence, however.  If you are a current customer or friend, or if you were back at the end of March, you’ve already heard this story personally, but if you aren’t or you’re new to this space, I want to share with you the terrible accident I was in that caused me to be out of this for so long.

Allow me to preface this by saying that what happened to me was terrible, but it could have been a lot worse.  I, as well as almost every other letterpress printer I know, have heard stories of other printers losing fingers entirely to their equipment.  The gentleman I apprenticed under was trained by his father and his father lost two of his fingers to the gears on his press.  After his accident, he still continued printing until about two weeks before his death.  He was in his ’80s.  I, however, still have all of my fingers and am making a relatively swift and full recovery.  I consider myself immensely lucky and fortunate for how this situation worked out.

A little over eight weeks ago, on the afternoon of Wednesday, March 30th, I was in an accident involving a letterpress that crushed several bones and tendons in my right hand and broke both my index and middle fingers.  Generally speaking, letterpress printing is usually very safe.  The printing process does involve a lot of large, antique, heavy machinery, that when operated safely poses very little risk for injury.  Despite this though, accidents can happen.  I’ve been letterpress printing as the proprietor of Twin Ravens Press for the last four years, and have been letterpress printing in other capacities for the past nine years.  This is my first, and, hopefully, will be my only accident involving this equipment.

Occasionally I take on interns from the University of Oregon.  Most of my interns are either art or journalism students who are interested in the printing process, and I teach them about letterpress printing and how to print, in exchange for help around my shop, and they receive college credit.  I had had a new intern at that time who had been coming by once a week for about three weeks prior and I had instructed her to come up with a project that she wanted to print in order to learn the process.  She designed a set of business cards for herself, and on March 30th, we were to begin printing them.  I helped my intern set up the press and demonstrated how to feed paper in and out of it to create well registered prints.  The press we were working on was a motor-driven, 8×12 Chandler & Price platen press.  It’s about 980 lbs. and sits on about a 3 foot square footprint.  It looks like this:

When it was her turn to print, I was standing on the left side of the press near the giant flywheel that you see in the foreground of the photo, and I was operating the handle that you see sticking up.  This handle is the print/trip handle.  When it is in an upright position (like in the photo), the platen of the press comes about 3/8″ from closing as the press runs, but doesn’t close all the way.  When the handle is pulled forward, the platen closes all the way, which is what creates a print.  My intern was practicing feeding paper into the press and taking it out and was truly doing a great job as a beginner!  She mentioned at one point though that she was nervous about how quickly the press opens and closed and didn’t want to feed the paper all the way in.  Here’s where my mistake came in.  I was watching my intern who was standing at the front of the press (where she should be), and decided to reach over the top of the flywheel and into the platen to adjust her paper, while the motor was running.  I was looking at my intern and not paying full attention to what I was doing with my hands.  The platen, which is made up of the two, large, steel halves of the press that physically press your paper and printing plate together to create a print closed on my hand.  It only took about 30 seconds from when I put my hand in there and when the press re-opened for the smashing to occur.  Luckily, the press was on “trip”, not “print”, so the platen didn’t close all the way, however, hands are a lot thicker than 3/8″ and the speed and pressure of the press closing for that mere 30 seconds was enough to break two of my fingers and cause significant damage to the rest of my hand.  I’ll spare you a lot of the gory details, but let me just say that there weren’t even choice 4-letter words to describe what that felt like.  Fellow Letterpress Printer Friends: Don’t ever do this – it’s terrible, and an experience that no one deserves to have.  Even if you think you know how quickly your press opens and closes, make sure you can see your hands and pay full attention to what you’re doing, at all times.

My intern rushed me to the hospital where I spent the next three and a half hours getting x-rays and lots and lots of ice.  While I was there my hand swelled up to about the size of a small grapefruit and the doctors couldn’t do anything to fix it until the swelling went down.  So, they put me in a splint and sent me home.  I went back in about a week and was put in a hard cast.  The hard cast was on for a couple more weeks and then I was re-splinted for three-ish more weeks.  I’ve been out of the splints and casts now for almost two weeks and doing physical therapy, and I’m getting much better.  My injury didn’t require surgery, and while I’m still a little swollen, and have one scar across the top of my hand (that they say will probably go away with time), I feel really lucky.  I can move both of the fingers that were broken and can type and pick things up almost the way I used to.  I still can’t pick up heavy objects and am having some minor dexterity problems, but I’m working with occupational hand therapists to correct this and they expect me to make a full recovery.  I’ve started printing again, and am slowly taking on new jobs.

I have a lot of wonderful people to thank for helping me out over the last two months.  In particular, my very supportive boyfriend Alex, and good friend Darcy Jeffs.  Darcy is starting up her own letterpress business, Neue School Press, and she has been giving up her weekends for the last two months to come to my shop and help me print my client’s jobs.  Without all of her help, I would have had to turn away a lot of work and a lot of clients whom I was already in the middle of working on jobs with.  She’s been amazing.  I also owe a huge thanks to Katie Campbell for typing countless emails for me while I couldn’t type, and to Robin Bachtler Cushman, Sarah Degrandis, Ben Weiner, Eleanor Dizon, Emma Froh and Bob Giles for volunteering their time to help me do my job when I couldn’t.  I also owe thanks to a handful of wonderful current and former clients who sent flowers, cards and/or care packages upon hearing about my accident.  You really helped brighten my days those first few weeks!  Thank you.  I’ve been overwhelmed by how truly understanding and patient just about everyone has been with this situation, and I feel very lucky to have such wonderful clients and supportive friends in my life.  You all rock!

Now, for those who are curious, I did take a few photos on and off throughout the healing process.  If somewhat gruesome pictures make you squeamish, you may want to stop reading now.  Our regularly scheduled blogging about awesome letterpress will resume next week.  Thanks so much for sticking with me!

The two photos above were taken the night of the accident, after I got home from the hospital.  As you can see, it was very swollen and there are lines and cuts in the top of my hand where it was hit by the top of the chase and the Boxcar base that were in the press at the time.  My index and middle fingers are intact, but the bones in there were quite broken.

Here’s what it looked like a week later in a cast.  At this point it didn’t really hurt anymore, it just didn’t work, and was very sore.

The photos in the top row of the grouping above were taken after the cast came off.  My left hand is there for comparison.  As you can see, my right hand was still very swollen and the cut from the top of the printing base is still in the top of my hand.  The photos in the bottom row were taken late last week.  It’s nearly back to normal, although still a bit pudgy at this point.  There’s still a scar from that cut you can see in the above right photo, but it’s hard to see in the photos as it’s really pretty faint at this point.  Isn’t healing amazing?!?

You’ll have to excuse the terrible photo of me above.  This is the only photo that was taken of me in full detail the day of the accident.  This was after we had spent 3.5 hours at the hospital.  I was trying really hard to act like everything was okay.  It really hurt though, and I think you can tell by my expression that I wasn’t doing a very good job of pretending.  My cat was sweet though.  Don’t worry though, I feel much better now!! 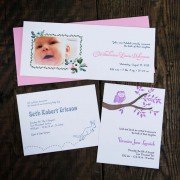 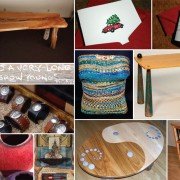 Join us at The First Friday Artwalk! 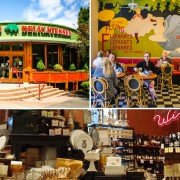 A New Kind of Publishing