Twin Ravens Press  has been working with the folks at Local Food Marketplace and Eugene Local Foods for more than a year now, but for some reason, I realized I had yet to write about them on our blog.  Living in Eugene, you meet a lot of people who are pretty serious about the food they eat, where it comes from, and how it’s produced, which, in my mind is fantastic!  Eugene has several fabulous restaurants that are using locally grown and raised products, and some that are using local products entirely.  At home, we try to eat as locally as we can, and we believe that eating locally isn’t only a vital step in supporting the local economy, but is also fundamental to building a more sustainable world.  Plus, the food that is produced in Lane County (not only fruits and veggies, but local meats, dairy, eggs, grains, rice, and other produce) is just down right tasty!  So, because of this, I was entirely happy when the founders of Local Food Marketplace and Eugene Local Foods, Amy, Doug and Mazzi, hired me to design their logo and branding and letterpress print their business cards.

We worked on several different images that were food, produce, and/or farm-related for these cards, but ultimately what we chose to run with were a lovely, stylized bunch of tomatoes.  To incorporate the tomatoes and make the logo unique, we used a single tomato as a replacement for the “o” in “Local”.  I thought it was pretty cute…  The business cards were printed in two ink colors: chocolate brown and a bright, vibrant red, on Crane Lettra 100% cotton ecru paper.

Local Food Marketplace now has partners in various parts of Oregon, Washington, California, North Carolina and Canada.  If you happen to be in Eugene and haven’t tried ordering produce from Eugene Local Foods before, click on the link above and make yourself an account!  The account is free and you can shop online for all of your produce needs on a weekly basis, pay with your credit or debit card, and pick it up at one of Eugene Local Foods’ drop-off sites at various locations around town.  I order from them almost weekly.  The site is awesome, and so is not having to go to the grocery store.  Try it!  Trust me – you won’t be disappointed! 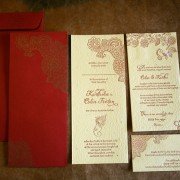 Save the Date | Christina & James are Getting Married!

Save the Date | Allison & Matt are Getting Married! 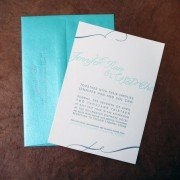 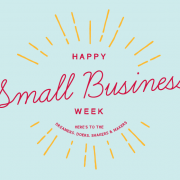 Save the Date | Alanna & Tim are Getting Married! Weddings | Julie & Joe
Scroll to top