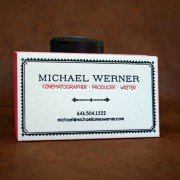 It’s really cool to have really cool friends.  I think that goes without saying, but it’s nice to point it out every now and again.

I met Michael Werner and his wife, Katie, four years ago when both were teaching Journalism at the University of Oregon, and they were looking for someone to create their wedding invitations.  The wedding invitations we did for them are still one of my favorite suites we’ve done, ever, and after doing the job, the three of us became great friends.  Michael and Katie moved north to Seattle not too long after that, but we’ve kept in touch, and I was super-excited when Michael contacted me about creating a set of business cards for him.

Michael’s snazzy cards are black & red and feature some awesome blind embossing of a photograph he took outside of Seattle on one side.  They were printed on super-thick Crane Lettra Bright White paper and feature really bright red edge painting.  They really stand out from the crowd! 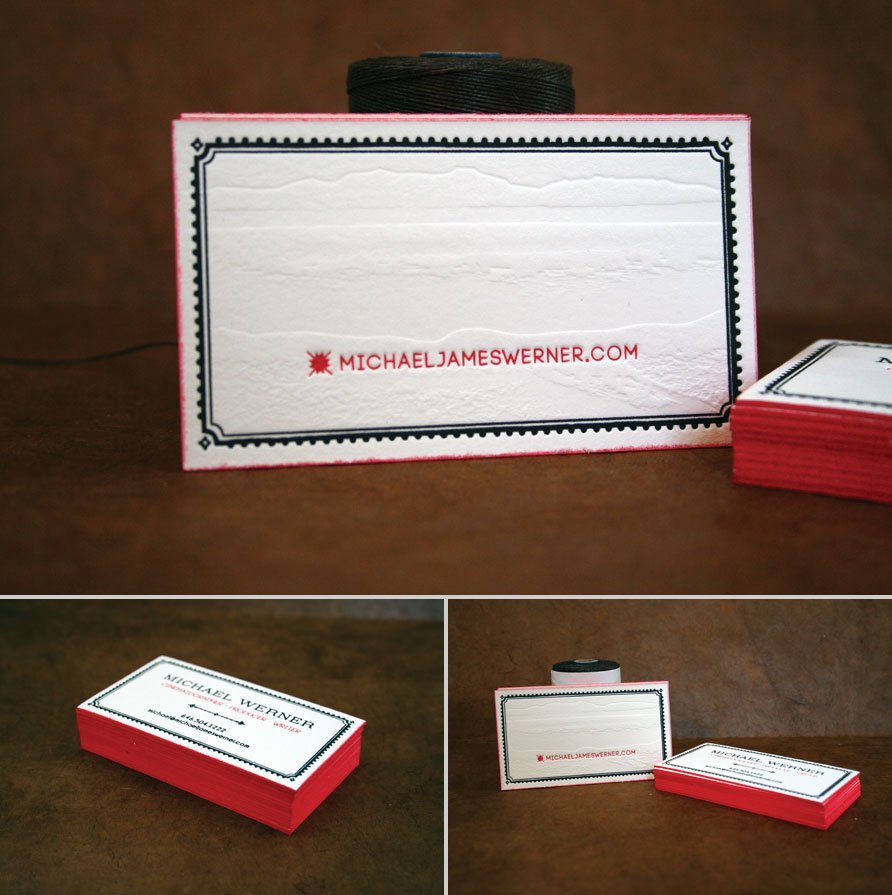 Michael is an Emmy award-winning filmmaker, cinematographer and editor who’s work has been featured by PBS, The New York Times Company, The Associated Press, and The U.S. Olympic Committee, among others.  His work has also been shown at the Cannes International Film Festival.  If you’d like to learn more about Michael and his work, check out his website!

Thanks so much for working with me on these, Michael!  I’m so glad we’ve kept in touch! 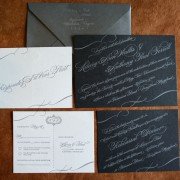 This week is the first week since Covid happened t

When a fellow small local business needs a quick a

Happy Friday, Everyone! I’m thinking back to a h