I work with a lot of people all over the world who are getting married.  These people want to share their life with another person completely.  They want to start families.  They want to be there for each other and support each other through good times and bad.  In my opinion, it is beyond all reason that two individuals who want to be wed and have families should be prevented from doing so.  I think that it’s pretty powerful and very lucky if you believe you’ve found that one person in your life that you want to share everything with and can’t imagine being without.

Last month, Ken Starr, who led the campaign to impeach former President Bill Clinton in 1998, filed a legal brief on behalf of the “Yes on 8” campaign.  If validated it would forcibly divorce 18,000 same-sex couples that were married in the state of California last year before the passage of Proposition 8 in November.
The video entitled “Fidelity”: Don’t Divorce… was Courage Campaign’s response to this action.  Courage Campaign is an online organizing network that empowers nearly 400,000+ grassroots activists to push for progressive change in California.  Watch the video, and if it moves you, you can sign their letter to the California Supreme Court asking them to invalidate Prop 8, reject Ken Starr’s case, and allow all loving, committed couples to marry regardless of their sexuality or gender(s).
https://twinravenspress.com/wp-content/uploads/2015/05/NewRavensLogoForMatt.png 0 0 Kristin https://twinravenspress.com/wp-content/uploads/2015/05/NewRavensLogoForMatt.png Kristin2009-02-07 11:07:002009-02-07 11:07:00Don't Divorce… 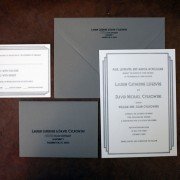 Just off the Press: Round Wedding Menus! 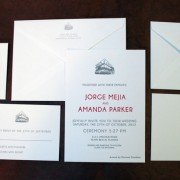 From the Mailbox… Happy Belated Valentine's Day!
Scroll to top